Don’t let her gentle demeanor fool you. Leona Chin is the ultimate girl-next-door spiced with spunk, speed, and thrill. Having mastered what is predominantly considered a man’s turf and sport, Leona brazenly breaks down stereotypes by pushing the boundaries of women’s strength, limit, and endurance.

Hi, I’m Leona Chin from Malaysia, I am a Motorsports Athlete.

My friends are car enthusiasts and I will go out with them to play electronic racing games. When I got my first car since it was a rear-wheel-drive, I decided to install some auto parts for my car, and I learned a lot about cars. I often go to watch the drifting performances and watch them drive in the car park or go-kart tracks. One day, a friend took me and fit a helmet on my head, and put me in the passenger seat of a drifting car. At that time, I felt the feeling of the car drifting for the first time. Really interesting. It changed my life. I met a drifting coach. He taught me the basic way of drifting. I started to participate in drifting competitions in various regions. I am also very grateful to the partners who sponsored me.

One day a friend informed me that there was a full female race team looking for new female drivers. I registered and entered the team. I am the fastest driver on the team. I have joined many training courses and public relations training classes to race in the Malaysian 12-hour Endurance Race. Our Female team ranked second in qualifying. After 12 hours, our team ranked sixth in the race. I didn’t participate before. After my qualifying results, I was very surprised because I didn’t expect that I got a good lap time. As there were 77 cars on the track, It was crazy and I was very nervous.  It was a great experience after that and I learned a lot.

At this time, I started to be interested in the Circuit Racing field. I hired a manager and coach, Akina Teo. My coach suggested that I participate in a variety of events and learned the mechanics of various powertrain systems such as FWD, RWD, and 4WD. So I participated in various automotive competition disciplines everywhere. Including drift, rally, gymkhana, karting, drag racing, off-road, time trials, autocross, and more. After ten years of experience in various car races. I can say that I am a motorsport athlete and no longer a drifting driver.

I finally found my strongest discipline, and that was Circuit Racing. So I planned my goal. I decided to participate in the GT event in the future. Since running a racing car is a very expensive sport, I can’t continue running unless I find a big sponsor. In order to find money to continue racing, I did a lot of work related to the automotive industry. My manager and I went to organize activities to look for sponsors. We organized various drifting taxi performances with various companies, organized training classes, appearances in advertisements and reality shows, and became actors and stunt drivers. A variety of different jobs in order to support my racing career. I used the simulator to practice a few days before the race. I also go to the gym to train my body.

When I wanted to get my international racing license, I had a lot of difficulties. It was not easy to get it because I needed to meet the criteria to upgrade my license. It is expensive to participate in each competition and it takes time to find money to compete. In Malaysia, if you want to upgrade to the international level of the license, you must participate in at least 6 races in one year. It’s really expensive to run six races a year and find enough money to run the whole year. Fortunately, there is a sponsor to handle half of the cost. I needed 2 years to upgrade from one level to the next level, as it was not enough to be upgraded in one year. It’s really sad, because I did not have enough money, and I faced many obstacles. When I finally got my international racing license, I participated in the Renault Clio Cup China Series in China, Thailand, and South Korea. I only had enough budget for the race. Because of the limited resources, it is very difficult to race. Every time other people collide with me, it was at my own cost because the price of the repairs is very large. So every time I ran the race, I am very careful to avoid being hit. The boys will bully me when I race. Because they know that I have a money limitation. They know that if they hit my car, I can’t continue my race. It’s quite disappointing.  They don’t want to lose to a woman.

Finally, I ranked runner-up in the overall championship. Throughout the year we went to China (Shanghai, Guangdong, Zhuhai), Thailand, and South Korea for the competition. After the Clio Cup China Series, I didn’t have enough money to run for the second year. So, I rest for a year. At the end of the year, someone invited me to the pre-season race of the Mini Cup Asia Challenge at Zhuhai. There were racing drivers from Japan, Hong Kong, China, and Thailand. I ranked third in that race.

So, After realizing I didn’t race in Malaysia for a long time, my manager rented a car, from Team TEDCO RACING to run the Malaysian Championship series. In the first race, I won the MTC Class Double Champion, which is a very happy moment. I also participated in the MSF Malaysia Speed ​​Festival 2019 (this year). With a Millennium Motorsports SAGA, Saga Cup Race, I won the women’s category. I also used my Pitworks Kuraz EVO7 to participate in the SUPER STREET category and ranked third place. 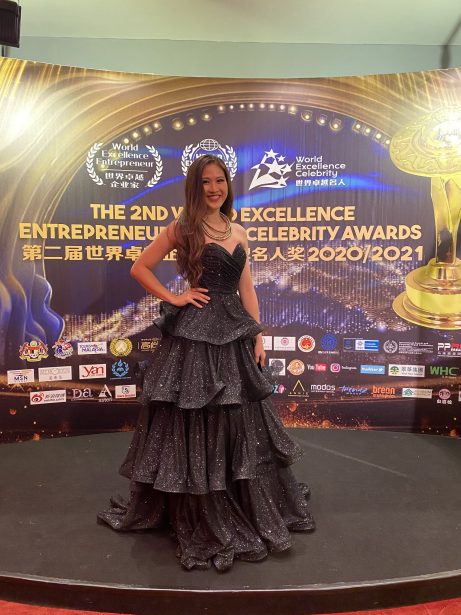 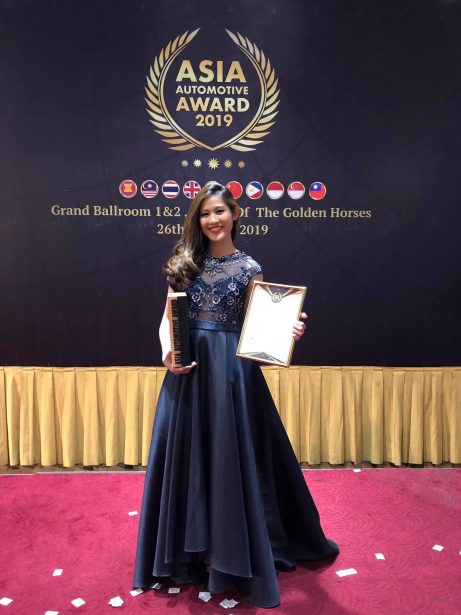 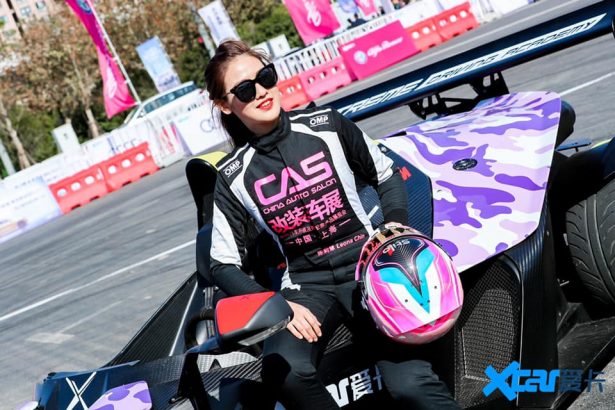 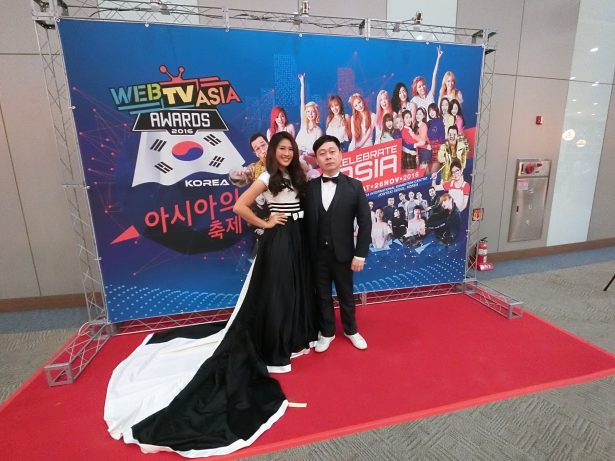 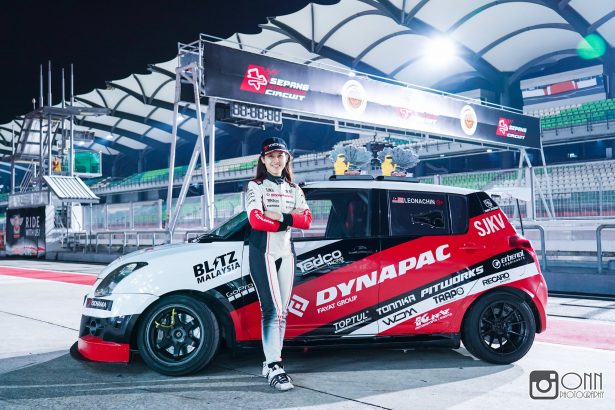 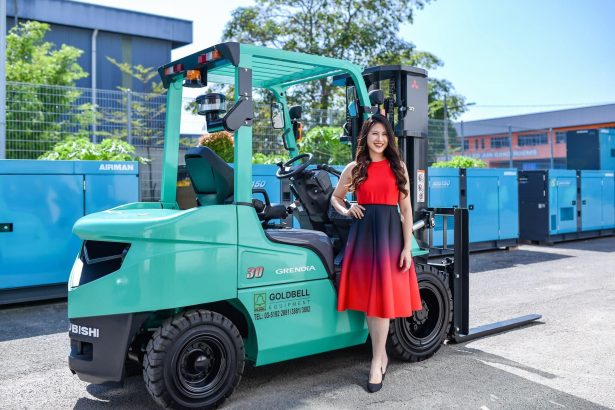 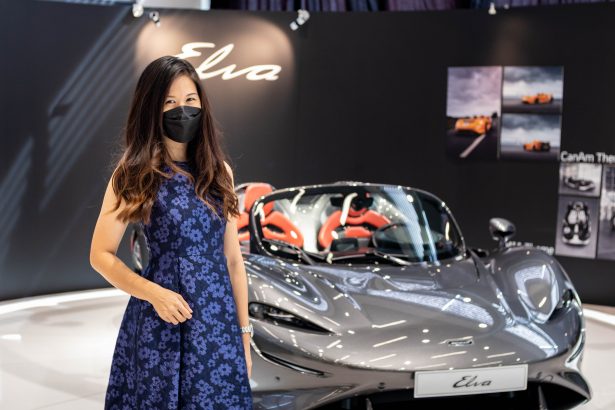 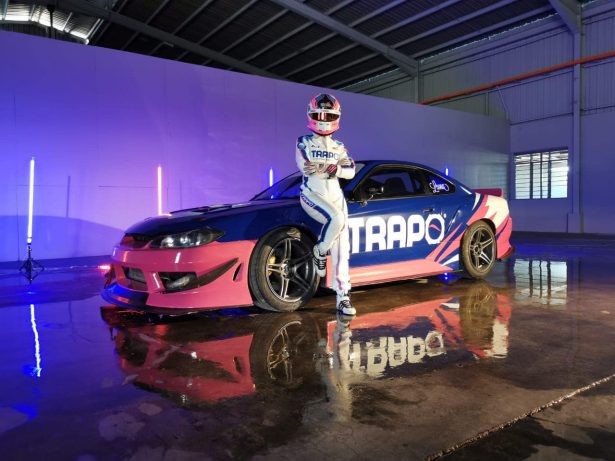 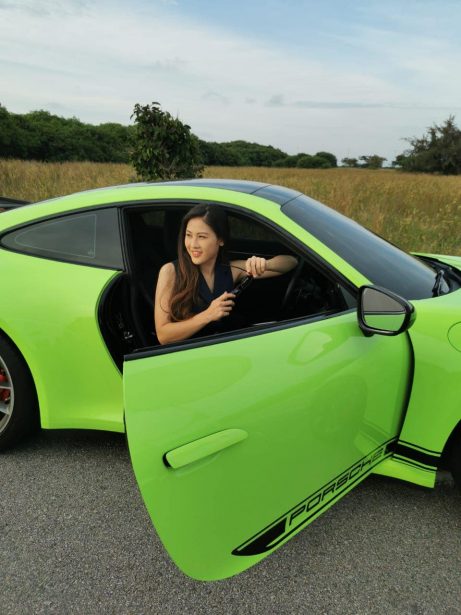 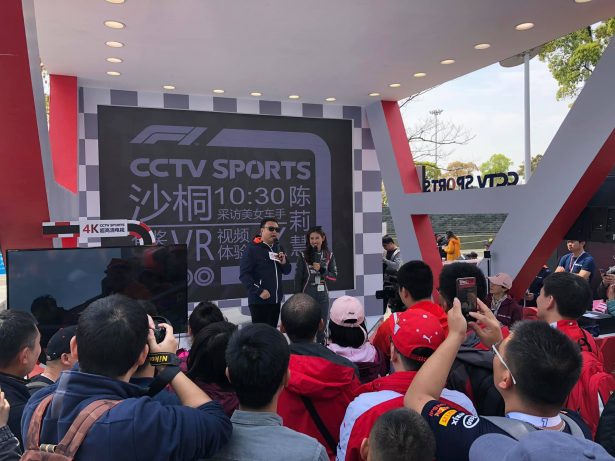 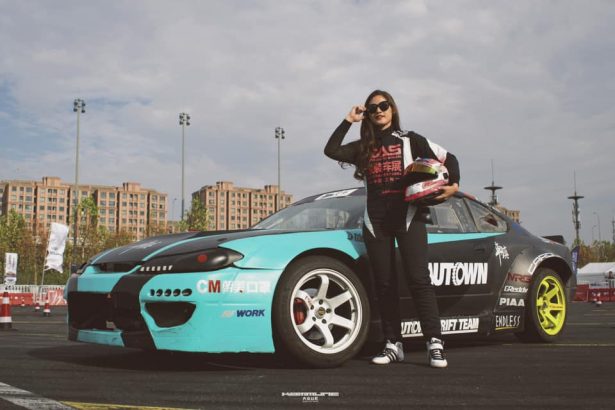 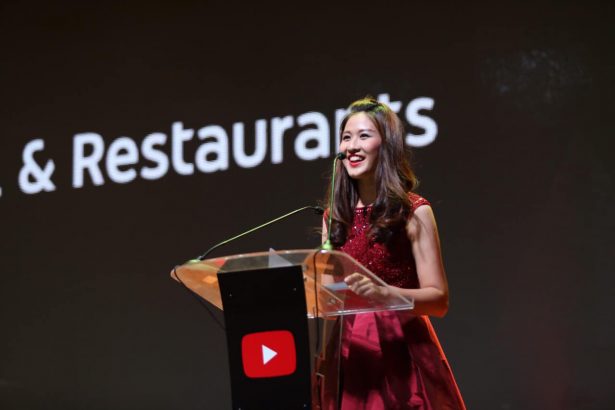 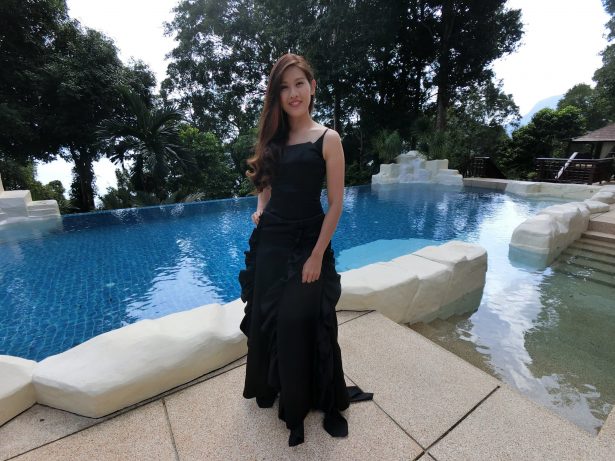 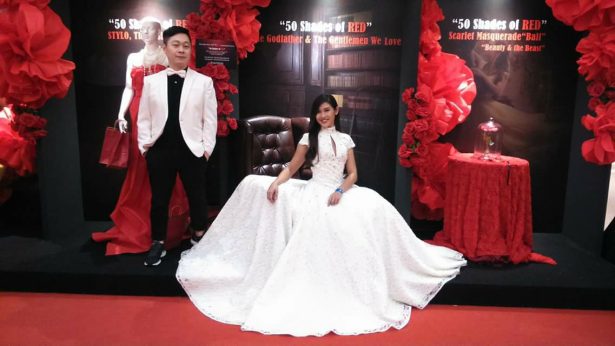 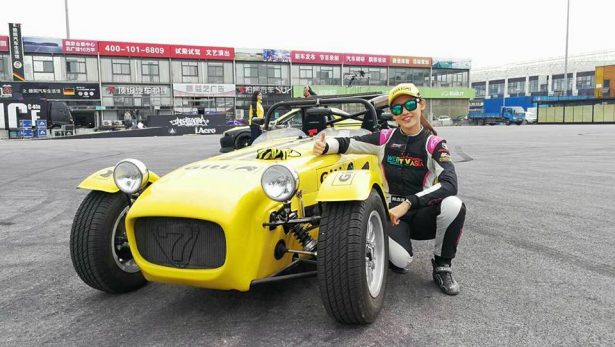 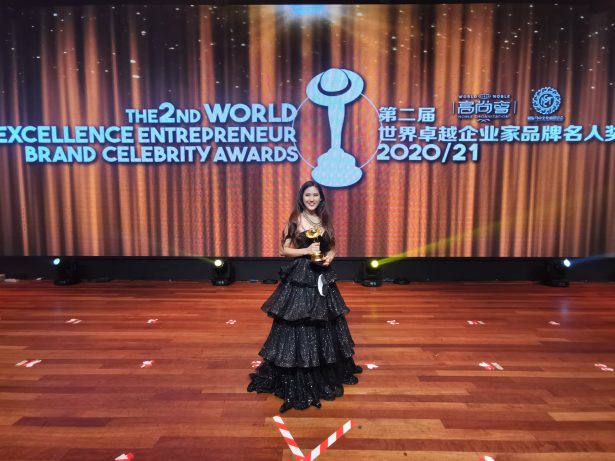 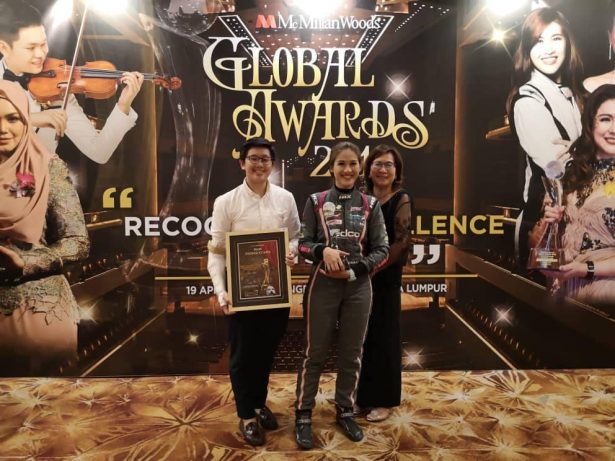 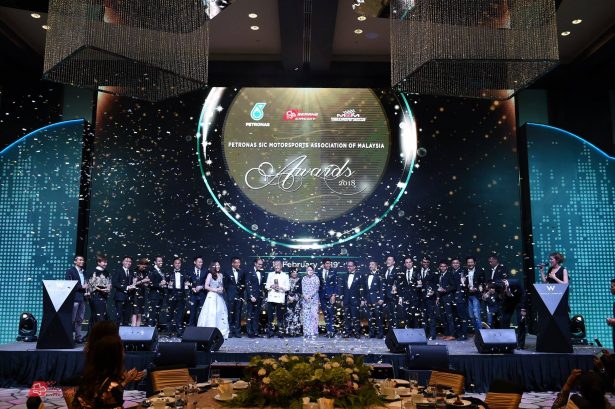 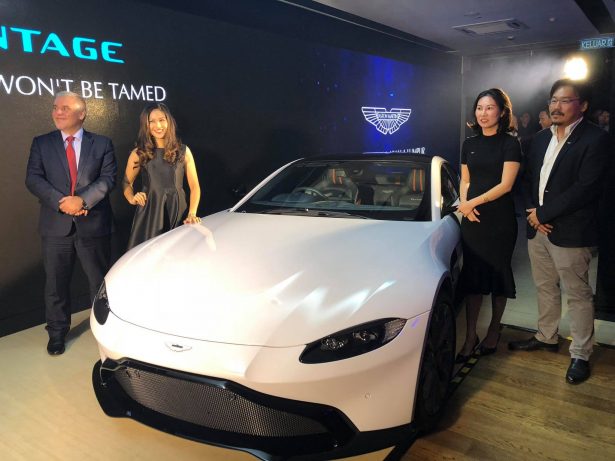