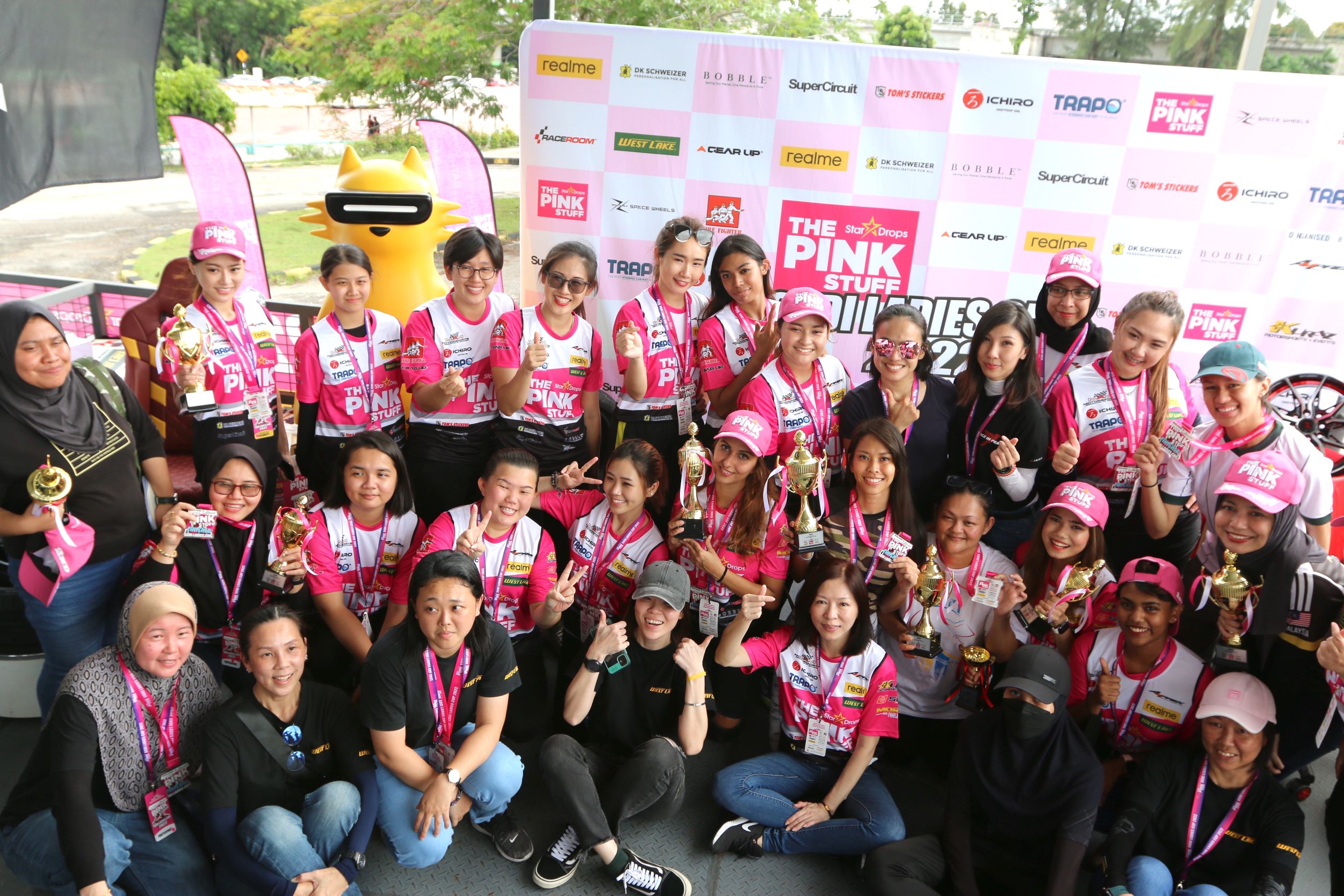 The all-ladies go kart competition aims to provide a platform to encourage and motivate more females to try out motorsports in a safe and controlled environment.

MALAYSIA, (1st October 2022) – Motorsports is something that should be enjoyed by everyone, regardless of age or gender. In an effort to encourage and motivate more females to take part in motorsports, Morac Go Kart Track 1 Utama and Leona Chin had joined forces in organizing The Pink Stuff SODI Ladies Cup. This special competition is the first of its kind where it is open exclusively for females to compete and unleash their hidden potential.

The event took place at the Morac Go Kart Track at 1 Utama with the support of the Motorsports Association of Malaysia. While the 420-meter length might sound short to some, the 17 corners laid out on the tarmac is one challenging track to master. This championship will feature three rounds of competition, with the first round taking place last Saturday on 1st October 2022.

The championship is open to the public to register and in order to give everyone a fair taste of competition, a total of four categories were introduced. The experienced karters will compete in the Expert category, while newcomers will battle against each other in the Novice class. A special category was also introduced for the members of the media, and the realme Celebrity category is reserved especially for KOLs and Influencers.

The first round of the championship received an encouraging response where a total of 44 participants registered for the event. They were given 10 minutes to learn and familiarize themselves with the track, before heading on to a 5-minute qualifying session. It was a challenging moment for the participants as they faced a wet surface during the first two sessions. The race, however, posed a totally different challenge as the skies cleared up, presenting the karters with a bone-dry surface instead.

In the 30-lap race, Nurul Auni Nasharuddin came out as the victor in the Expert category, finishing ahead of Latun Fatin Lyana and Wan Farrahrunissa. The Novice category was divided into two, with Coleen Tan emerging as the winner in Novice A. Siti Nor Aminah finished the race in second place, followed by Najwa in third. In Novice B, Siti Khadijah outran her rivals to finish first in her class. Putri Razana was the first runner-up in the category, with Anness Chua finishing third.

The realme Celebrity category saw Emitsa Shirazi rise to the top, beating DJ Jeana to the finish line. The final spot on the podium was claimed by Mira Rizam as she finished in third place. Amongst the members of the Media, Dorathy Anne took the checkered flag to finish ahead of Nurul Husna in second place, and Siti Balqis in third.

Aside from the real-life karting action, the racing also went onto the virtual world where Raceroom Simulators brought two units of simulators to the event. Participants and visitors got a taste of eSports through the racing simulators, and some even walked away with trophies as a mini time attack challenge was held during the event.

“I’m very glad to see the spirit and level of competition shown by the participants, and we hope that we can inspire more women to come out and give motorsports a try!” said Leona.

It was a great opening round for the championship as an encouraging number of participants came out to take part in Round 1. Round 2 of The Pink Stuff SODI Ladies Cup will take place on 12th November, followed by the Finale on 3rd December.