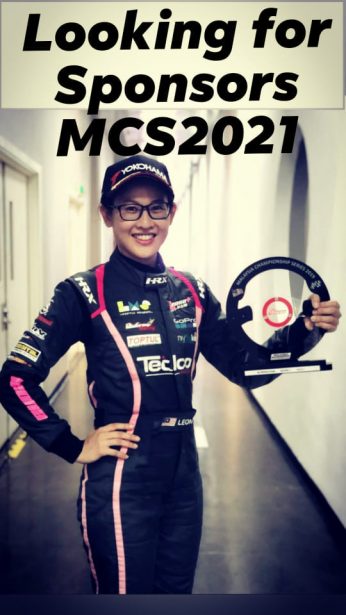 Hi Everyone! I’m currently looking for Sponsors/ Branding Partners to advertise on my race car and social media platform.

Cash funding needed for me to participate in the upcoming Malaysia Championship Series 2021 which will be held in Sepang International Circuit, Malaysia.

It will be great to have your support during this difficult time.

I can be contacted via my FB Messenger or email: leona.chin@gmail.com.