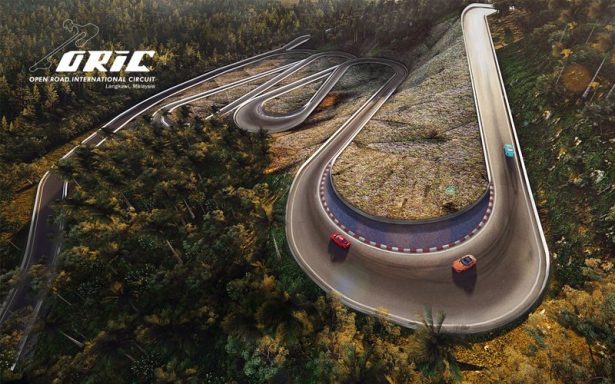 ALOR SETAR: Kedah today announced a racing circuit “resort” in Langkawi with a gross development value of RM1.3 billion, featuring a track touted to be the “Nurburgring of the East”.

Menteri besar Muhammad Sanusi Md Nor said that in addition to the circuit, the resort would include a 4S car distribution centre, a vehicle garage warehousing facility, racing academy, sports hospital, housing projects and petrol stations.

The project, called the Open Road International Circuit and Integrated Resorts, would be carried out through a joint venture (JV) between Permodalan Kedah Bhd and Open Road Asia Sdn Bhd.

Sanusi said the project would be carried out on land measuring 66.7ha at Bukit Malut, including 8ha of government land. It is expected to be completed in five years.

He said the project would be a game changer for Langkawi and attract more visitors to the island.

“While the resort might sound luxurious, I hope the development would include projects for the low- and mid-income groups so that all could benefit from it,” he said at a press conference at Wisma Darul Aman after witnessing the JV signing ceremony.

Open Road Asia chief executive officer David Goh said the first to be built would be a 5.8km circuit on the actual topography of Bukit Malut featuring the longest straight stretch in the world.

He said the organisers would apply for the Federation Internationale de l’Automobile (FIA) Grade Two certification to carry out FIA International Formula and Formula E events.

“The circuit would be the Nurburgring of the East, putting Langkawi in the forefront of Asian motorsports,” he said, referring to the venue of the German Grand Prix.

“It would allow automotive research and development, and be a hub for carmakers and racing teams to test their machines.”

He said the resort would include semi-detached homes, condominiums and villas.

Last week, Sanusi gave a glimpse into the circuit project, saying it would benefit about 1,600 high-powered car owners in Langkawi who owned tax-exempt cars on the duty-free island.