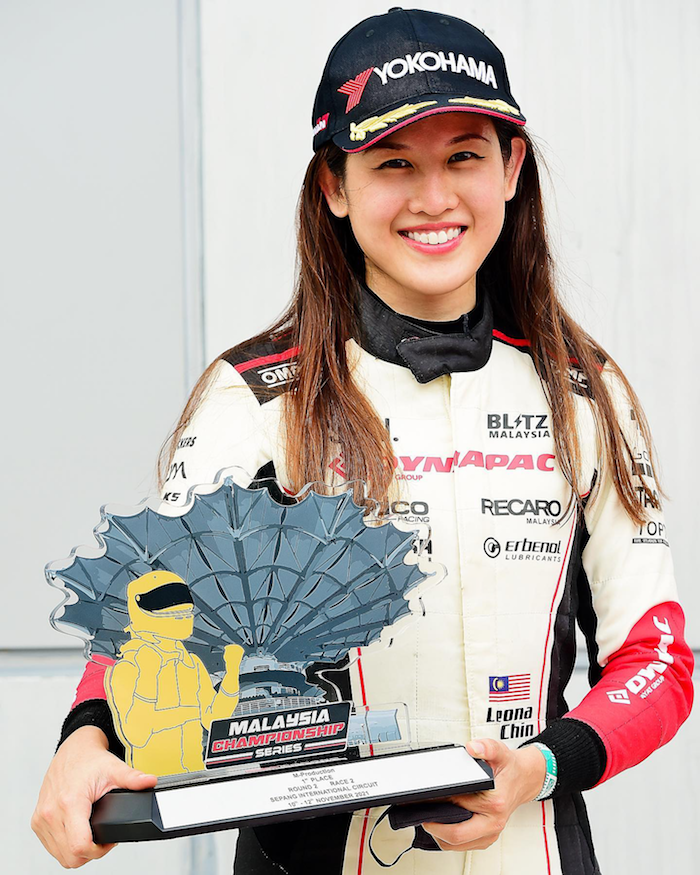 The return of the Malaysia Championship Series (MCS) gave a chance for Leona Chin to get back to four-wheel racing after her last outing in 2019. Although these first two rounds did come with a roller coaster of emotions, the whole team was able to put together a great performance which had rewarded them with two class victories.

Leona is competing in the Malaysia Touring Car category in the #6 Suzuki Swift prepped by Tedco Racing. The practice session on Wednesday gave the team the chance to fine-tune the car before heading into the qualifying session. Going against other rivals in cars like the Honda Fit and Toyota Vios, Leona’s best time of 2:39.944 had positioned her in the front of the MTC class to start Race 1 in. 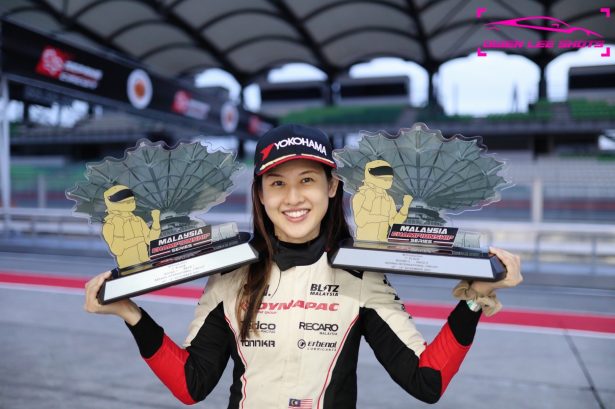 Starting the Season on a High Note

Although Leona was overtaken at the start of the race, she kept a cool head in the opening stages as every MCS race runs for one hour. It did not take long for her patience to be rewarded as by Lap 4, she reclaimed her position and led the MTC category. After a smooth pit stop and clean second stint, Leona brought the car across the finish line to claim the season’s first victory with almost a minute to spare from the nearest competitor.

Being a doubleheader, Race 2 was only four hours away and the team was looking forward to another possible podium finish for Round 1. The win in Race 1 had placed Leona to start from pole in class once again and she managed to clear the early stages of the race without any hitch.

Unfortunately, Race 2 did not go very well for the team as Leona was nudged at one point of the race which had sent her into the gravel. Although the impact did not seem to be very serious, it resulted in a damaged oil cooler and splitter, which was enough to put Leona out of contention for the race.

With two more races lined up for the next day, the team had to burn the midnight oil to make sure that the car was race-worthy for the next round. Tedco Racing’s years of racing experience was put into good use as by Friday, the Suzuki Swift was ready to assume its duty on Sepang Circuit once again. 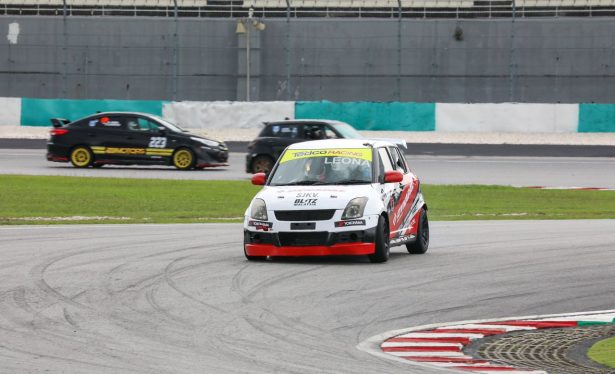 Bouncing Back to the Top at Round 2

For Race 3, Leona started the race from P1 in class. Keen to redeem herself from yesterday’s DNF, she had a clean getaway once the lights turned green and was slowing down to tackle Turn 1. Unfortunately for her, she was forced to retire from the race once again at no fault of her own. A reckless maneuver from one of the SP2 contenders had struck Leona’s car near the right rear tire, bringing her race to an abrupt end even before clearing Turn 1 on the opening lap.

This had presented a whole new challenge for the team as they only had about four hours to fix the car before the start of Race 4. Pulling together all their skills and resources into good use, the Swift was once again fixed at the nick of time to participate in the final race of this doubleheader.

The DNF in Race 3 meant that Leona had to start from the back in her class which presented an extra challenge for her. However, fuelled with the determination to make up for loss grounds from the previous DNFs, Leona did not stay long in P5. By Turn 4 of the opening lap, she was already in second place, and on Lap 3, she led the MTC field. It was then yet another dominating show by Leona as she performed a clean race to take the second MTC win of the season.

With four races done and dusted, the team now shifts their sights to the next two rounds which will be held on 14-16 December 2021. The team would like to convey their greatest appreciation to all the loyal fans, friends and sponsors for all the support given throughout the races. 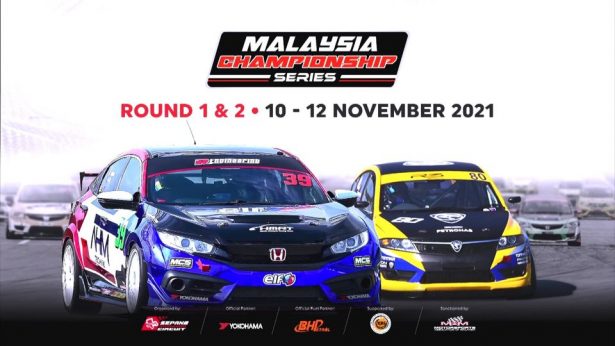 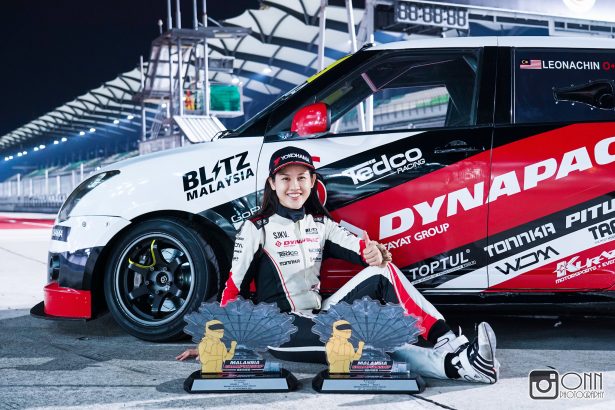 Leona Chin Lyweoi is a professional motorsport athlete from Malaysia. Her motoring industry career kick started at the age of 19 with drifting, and she climbed her way to become a race car driver for an all-female race team for a 12-hour endurance race. In 2019, she was awarded the Most Inspiring Female Motorsport Athlete Award from Sepang Circuit, and finished 2nd in the 2019 Malaysia Championship Series M-Production class. 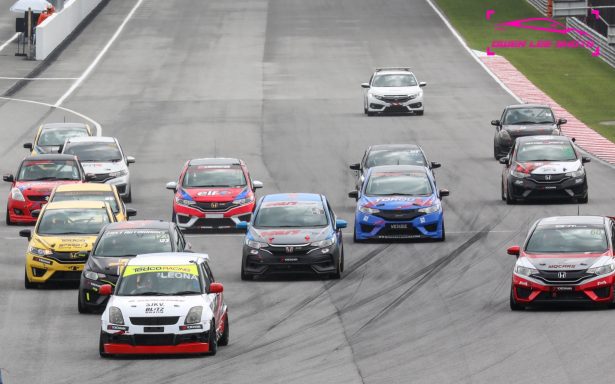