at Pavilion Kuala Lumpur for the Merdeka Day Celebration 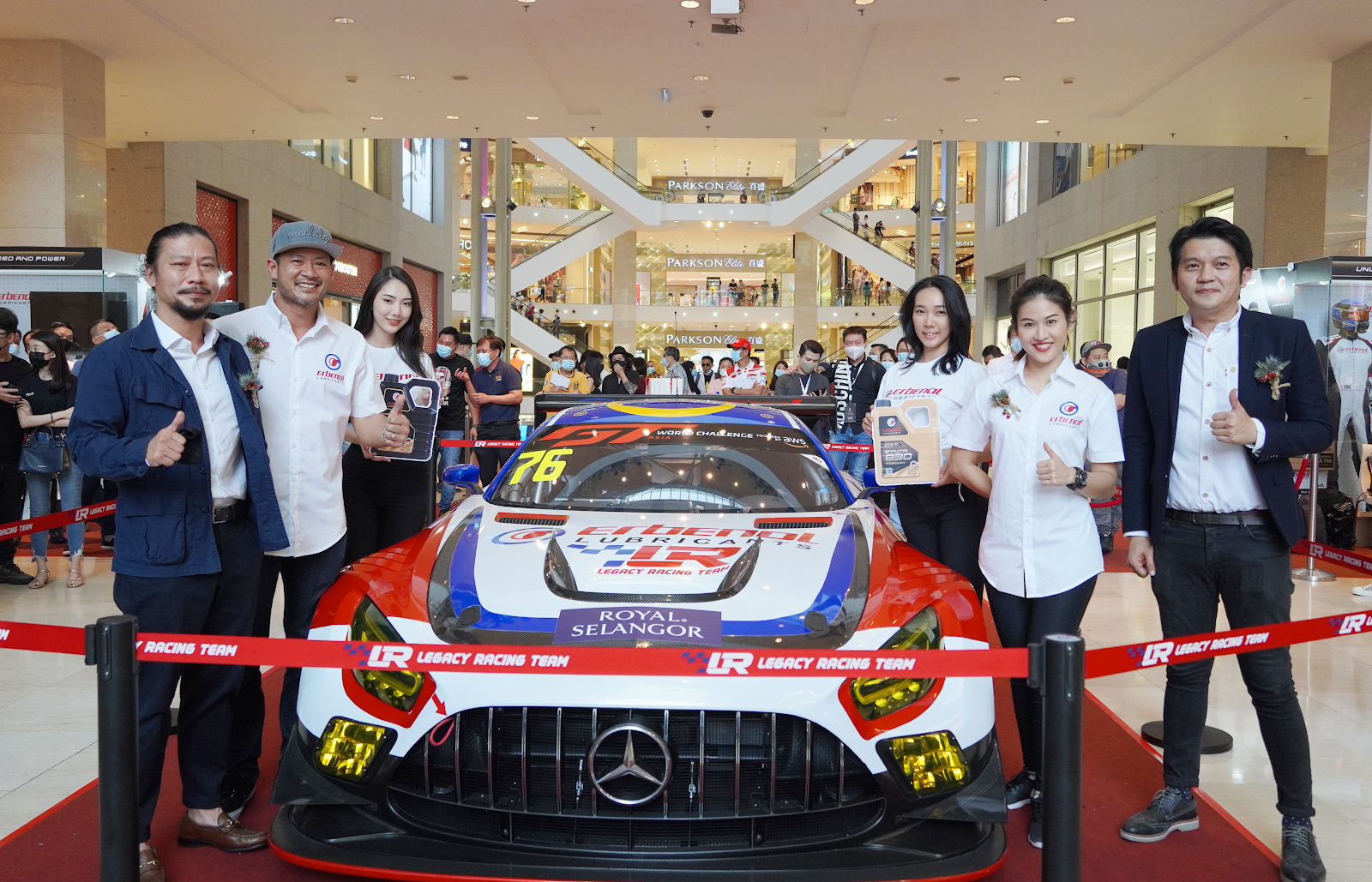 Kelvin Liang, who is also the team principal of Legacy Racing Team, expressed gratitude towards the attendees who took the effort to attend this event during Merdeka Day. At the same time, he revealed the Erbenol Lubricants series of products that are developed by adopting German skillset and technology. Erbenol Lubricants has conducted several months of research and development together with its international partners and racing team to develop the best formulation and to produce a series of products to suit all ranges of vehicles from consumer cars to race cars.

“We are extremely proud to have adopted and developed such superior technology and products, as well as bringing it back to Malaysia,” Kelvin Liang said.

He looks forward to working hand in hand with current dealers to serve the Malaysian market, as well as potential dealers who are interested in leading the brand overseas.

In conjunction with the Merdeka Day Celebration to promote unity and patriotism, Erbenol Lubricants sponsored the first and only Mercedes-AMG GT3 EVO race car worth RM2.5 Million in Malaysia that is donned in a special Malaysia flag-themed livery, finished in red, yellow, and blue to symbolize its pride of being the first all-Malaysian racing team to join the World GT Challenge Asia Series.

Tengku Djan and Leona Chin, the perfect duo of the Legacy Racing Team Malaysia, went through an interview session with their fans during the meet and greet segment at the front entrance of the Pavilion Kuala Lumpur Shopping Centre. Aside from being able to participate in the Lucky Wheel prize giveaway event, attendees also had the opportunity to meet both of the star racers and ask for their autographs.

“The first and only Mercedes-AMG GT3 EVO race car in Malaysia will be displayed at the Pavilion Kuala Lumpur Shopping Centre from 31st of August until the 13th of September. It’s a great opportunity to get up close with the exotic race car in the city when it’s usually seen in the race track,” said Leona Chin.