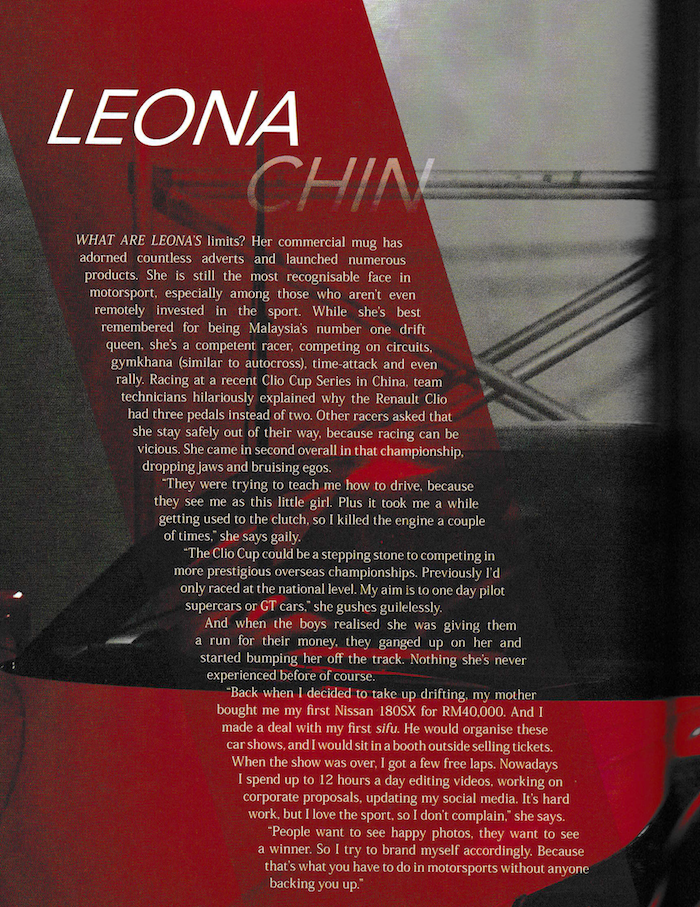 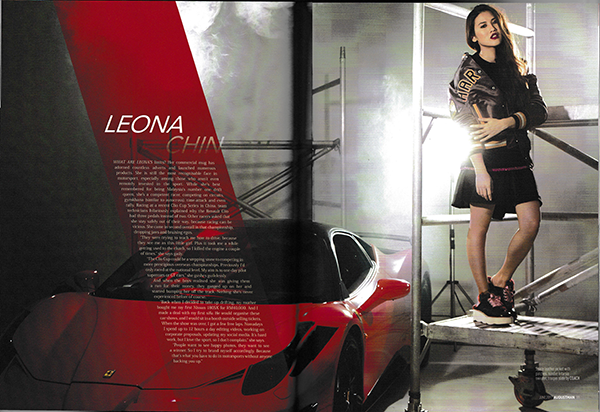 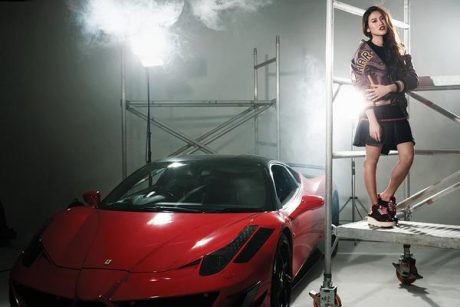 WHAT ARE LEONA’S limits? Her commercial mug has adorned  countless  adverts  and  launched  numerous products. She is still the most recognisable face in motorsport, especially among  those who aren’t even remotely invested in the sport. While she’s best remembered for being Malaysia’s number one drift queen, she’s a competent racer, competing on circuits, gymkhana  (similar  to  autocross), time-attack and even rally. Racing at a recent Clio Cup Series in China, team technicians hilariously explained why the Renault Clio had three pedals instead of two. Other racers asked that she stay safely out of their way, because racing can be vicious. She came in second overall in that championship, dropping jaws and bruising egos.

“They were trying to teach me how to drive, because they see me as this little girl. Plus it took me a while getting used to the clutch, so I killed the engine a couple of times,” she says gaily.

“The Clio Cup could be a stepping stone to competing in more prestigious overseas championships. Previously I’d only raced at the national level. My aim is to one day pilot supercars or GT cars,” she gushes guilelessly.

And when the boys realised she was giving them a run for their money, they ganged up on her and started bumping her off the track. Nothing she’s never experienced before of course.

“Back when I decided to take up drifting, my mother bought me my first Nissan 180SX for RM40,000. And I made a deal with my first sifu. He would organise these car shows, and I would sit in a booth outside selling tickets. When the show was over, I got a few free laps. Nowadays I spend up to 12 hours a day editing videos, working on corporate proposals, updating my social media. It’s hard work, but I love the sport, so I don’t complain,” she says.

“People  want  to  see  happy  photos,  they  want  to  see a winner. So I try to brand myself accordingly. Because that’s what you have to do in motorsports without anyone backing you up.”